I hope, my wonderful, tolerant readers, you do not feel used and abused.

It has, once again, been ages since my last post. So much has happened…. Work has somehow gotten busier and I began grad school. (Because I had soooo much free time to begin with…) The days when I began this blog, days when I had hours each day to spend playing in the kitchen and exploring new ingredients, are gone. Now, I am lucky if dinner involves more than steam vegetables and lentils and top them with salsa and, if I’m feeling particularly sassy, a little Daiya dairy-free cheese.

Today, however, was the day of the biggest football game in America, and I felt an overwhelming desire to prepare a football worthy feast. I made a small bowl of Guacamole, a delicious vegan crockpot chili, and a batch of gluten free corn muffins, and it was off to the races! …er…. football game.

I like my chili a bit on the soup-y side, so feel free to reduce the amount of vegetable broth to make yours thicker. Other than that, this recipe is a fairly straightforward crockpot dish that will leave your house smelling delicious!

I am writing this post just so I won’t forget this recipe. There are no frills and no pictures, and I’m okay with that. Whew! I’m glad I got that all out on the table. Now we can move on without pretense. 😉

A few days ago, I was given a few varieties of pastas to try made by Tolerant Foods. What makes their products unique is that their pastas are made from one ingredient, beans or legumes! Rich in protein and fiber, these appeared to be an excellent substitute for gluten and carbohydrate laden traditional pastas. Tolerant Foods pastas are also free of all of the major allergens, non-GMO, and organic. It all looked good on paper, but the proof would be in the taste and texture. 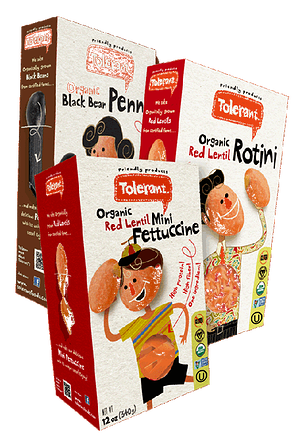 First, I decided to try the Black Bean Rotini. Instead of approaching this rotini like I would a more traditional pasta, I decided to focus on what flavors were inherent compliments to black beans. After all, this rotini only had one ingredient, black beans. It was highly unlikely that it would taste like something else. So, what goes with black beans? How about lime, chicken, and Siracha? Yes, yes, and yes, please!

Packed with intense, rich flavor and staggering nutritional value, this recipe is one I plan on duplicating again and again. Winner!

The Tony Awards were last night.

For those of you who don’t know, the Tony’s are basically the Super Bowl of the theater world. GF Guy and I were so excited! We invited a few friends over, and I prepared a dinner worthy of the occasion. I made steak!

I don’ know why I decided that dinner just HAD to be steak. I’ve never actually cooked it before, and really only eat it once a year. But, steak it was, and AMAZING steak it turned out to be! Ready in under 15 minutes, this recipe is a decadent winner. GF Guy was sure pleased. Though, I’m making him eat lentils tonight….. So, there’s that…..

This past weekend was full of family and fun!

My baby brother graduated from college, making me officially old. At least my little sister is still under 14 years old. She will keep me “hip with the kids”!

PS – Check out my dad’s epic photo-bomb in the background of this picture!

Then, I flew home to spend 24 hours with my husband, GF Guy. In honor of his visit home, I made a second attempt at creating his family’s famous Arroz con Pollo. In sticking with my convictions to avoid processed foods, I skipped the usual yellow rice mix, and made the recipe completely from scratch. My first attempt, a few months ago, was just okay. The recipe was very complex, but, it was missing something.

I think this version is much closer to where it should be. Both GF Guy and I loved it and went back for seconds. And, the chicken to rice ratio was spot on perfect. In our house, that is probably the most import thing when making chicken and yellow rice. There are few things more annoying than ending up with a giant pot of leftover yellow rice and no more chicken.

This version will be a keeper in our house! 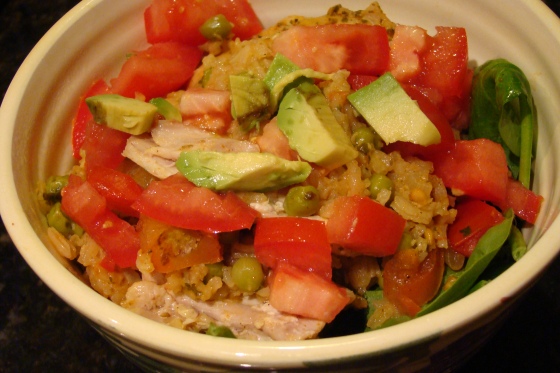 I have this deep fascination with making ingredients from scratch.

What’s the big mystery? Things didn’t start off in bottles on grocery store shelves. Someone, a long time ago, used to make these ingredients for their families. So, why can’t I? My first foray into making condiments is a BBQ Sauce recipe. Admittedly, I used store bought organic ketchup and organic mustard in the recipe. But, it’s a start, right? After all, Rome wasn’t built in a day. Neither will my condiment collection be.

Another catalyst for my foray into condiment creation is the book Salt, Sugar, Fat: How the Food Giants Hooked Us by Michael Moss. 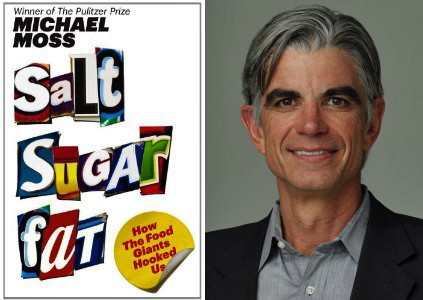 Half of my friends already think I’m a bit of an extremist when it comes to my commitment to organic, local, and sustainable foods. After reading Michael Moss’s book, however, I’m about to become even more extreme. I don’t want to buy anything that comes in a box or package ever again, unless it comes from a reputable company who’s beliefs align with my own. I highly recommend everyone read this book. Consider yourself warned, though. It will change the way you see food forever.

On that note… I made BBQ Sauce!!! GF Guy was home for a few days so I pulled out all the stops and made one of his favorite dishes, Pulled Pork! I used my old stand-by recipe, but this time made my own BBQ Sauce. Next time, I will make my own ketchup and mustard first. 😉

generously adapted from this recipe on Simply Scratch

This year is turning out to be the year of the “quinoa bowl meal”, and with good reason.

These meals are versatile, delicious, and SUPER CHEAP!!!!

We have all heard the complaint that it is simply too expensive to eat healthily and/or to eat gluten free. I would like to challenge any persons who says that to a cook off! At one point, my husband and I were both unemployed. Yet, we still managed to eat a plethora of fruits and vegetables, whole grains, and lean proteins. I made my own almond milk, baked my own gluten free bread, and we ate like kings on less than $150 a month.  It is possible. You just have to want to do it and put forth the effort.

Okay… I will step off my soap box now.

It is currently snowing sideways, wet, and nasty outside. I knew that dinner needed to be something spicy that would warm me from the inside out. Out came the hot sauce, cumin, and salsa, and I was on my way!

PS – Guess who finally remembered to charge her camera battery? This kid!

As a continuation of yesterday’s post, we are moving on to the delicious smorgasbord that could be seen below the steamed beets!

I know you were all waiting with baited breath….

I noticed that I rarely use a plate. Every meal seems to be some sort of a bowl meal. What does that say about me? Hmm….

Anyway…. A delicious recipe made from leftover components of meals from the last week is the star of today’s post. I hope you enjoy it as much as I did!

Ahhhh…..  I just got back from this week’s work trip, and am thoroughly enjoying sitting on my couch watching Glee.

Not that my trip was awful. Quite the contrary! I got to spend a delightful evening cooking and taking in the sunset with my lovely sister in-law. 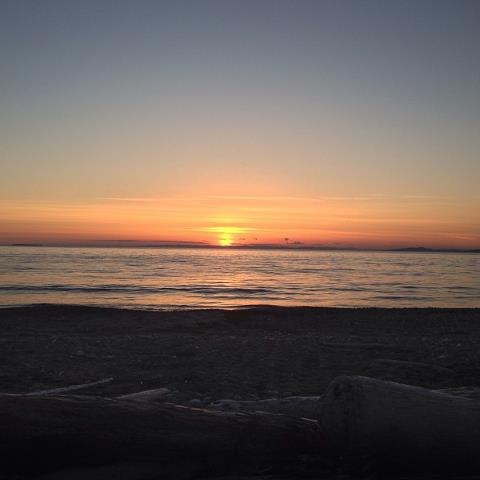 And come on, you can’t beat a view like this one….

But, it is ALWAYS good to be home and cooking in my little kitchen.

If you can’t tell from my last post, I am a little obsessed with soft-boiled eggs right now.

What’s not to love about them? You get a rich, creamy yolk without the mess of it sticking to a skillet! It’s genius, I tell you! GENIUS! …I also get overly excited about Jeopardy, so I’m not the most creditable judge….

Anyway, this recipe is definitely one for the vaults. The punch of acidity coupled with the earthy flavor of the beet greens and the creamy richness of the egg yolk creates sheer perfection in a bowl!

For those of you who are not egg lovers, this recipe would be equally delicious sans l’oeuf.

I also have an unexplainable fear of cooking them. (I also have a strange fear of artichokes, but that is another post entirely…) Maybe it is the chance that they will bleed their red dye all over my counter tops, hands, outfit… you get the picture. Maybe, I’m just scared of the unknown. Either way, I took another step toward conquering my “beet fear” once and for all with the creation of this dish.

Organic beets were on sale at my local grocery store this week. What better time to experiment?! I slung two bunches into my basket and strutted determinedly to the register. Once I got home, however, I wasn’t feeling quite so stoic. What in heavens name was I going to make? I settled on an easy, steamed beet. Wanting to incorporate the beet greens into my recipe (waste not, want not), I used them to make a garlic-y pesto & a warm salad.

For the sauce, I soft boiled an egg, which, once broken, lent a rich, creamy texture & flavor to the dish that beautifully tied in all of the sweet and savory notes of the other components.

For weeks on end, I have lacked inspiration in the kitchen.

I have fallen into the dangerously boring trap of tossing random vegetables & legumes in a skillet or steamer, topping with marinara sauce or Braggs, and calling it a day. It’s partly because I have no one to cook for, and partly because I have found an inspiring career into which I now pour the energy that I used to pour into my food.

Well, these last few weeks, I began to find a balance between my work and caring for myself. I started Pure Barre classes and recommitted myself to daily workouts & HIIT. I started taking a little more time to prepare meals and listening to what my body needed.

My pictures leave something to be desired. (I kept forgetting to charge my camera battery…..) The recipes, though, are another story. Delicious, nourishing, and comforting… Enjoy!